My last two posts focused on the Trans-Siberian Railway. This one describes how Russia and Japan went to war over territorial ambitions embodied in the railway.

In the spring of 1891, three years before his father died and he became tsar, the 23-year-old Russian prince Nikolas visited Japan. On the same trip, he would go on to Vladivostok and lay the foundation stone for the Ussiri line of the Trans-Siberian.

The vessel Pamiat Azova arrived in Nagasaki April 27, having started from Trieste five months earlier and stopped at many ports, from Bombay to Singapore to Shanghai.* The young Nikolas had been reading Pierre Loti’s atmospheric novel Madame Chrysanthemum and  noted in his diary that he hoped he might acquire a temporary geisha “wife.” His Japanese hosts had been told he would spend the Holy Week leading to Easter Sunday in prayers. Instead, he secretly hired a rickshaw and visited souvenir shops. He acquired an elaborate dragon tattoo on his right arm, in imitation of Loti. He and his brother George were entertained at a geisha establishment in the company of Russian naval officers. 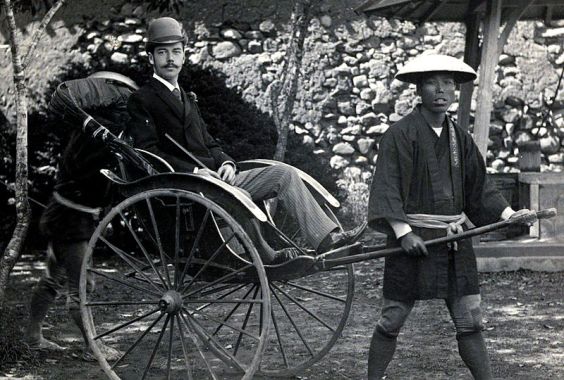 Nikolas and his entourage visited several towns. On May 11 a strange incident occurred. As he passed down the street in a rickshaw, a man with extremist anti-foreign views ran toward him with a sword, slicing the brim of his hat and gashing him in the forehead. The man was soon captured and did no further harm. Japanese citizens were horrified, sending cartloads of gifts to the Pamiat Azova as tokens of apology.

The incident is sometimes cited as contributing to hostilities that eventually led to the Russo-Japanese War. The Russian finance minister, Count Sergei Witte, was later to write: “The attack left the Tsarevitch with an attitude of hostility toward and contempt for Japan… as can be seen from official reports in which he refers to the Japanese as ‘macaques’ [baboons]. If not for his belief that the Japanese are an unpleasant, contemptible, and powerless people who could be destroyed at one blow from the Russian giant, we would not have adopted a policy in the Far East that led us into the unfortunate war with Japan.”**

It seems to me, though, that the attack did not create prejudice: it reinforced attitudes already present.

On the Japanese side, the government of the Emperor Meiji had brought Japan out of isolation and accomplished a remarkable program of modernization, beginning with the Meiji Restoration of 1868. Japan felt ready to be acknowledged as a Great Power on equal footing with the major European empires. But with the building of the Trans-Siberian and the Chinese Eastern Railway across Manchuria, Russia looked to be moving into Japan’s back yard, giving every indication of plans for encroachment. They were far from acting cautiously toward Japan.

As earlier described, the CER had given Russia a shortcut across Manchuria to Vladivostok and Port Arthur. The latter, located at the tip of the Liaodong Peninsula, offered Russia year-round access to the Yellow Sea. By contrast, Vladivostok was icebound over the winter.

This illustration shows the area under contention between Russia and Japan. Click for zoom.

Russian troops had occupied Manchuria during the Boxer Uprising in 1900, and three years later these had still not been withdrawn as promised beyond a shifting of troops from one part of Manchuria to another—a consolidation, not a withdrawal. And by then there were new, alarming indications that Russia intended to extend its grasp to Korea—territory regarded by Japan as a necessary protective buffer.

Japan’s concerns were well-founded. Tsar Nikolas had come under the influence of a group of aggressive reactionaries known as the Bezobrazov Clique, which in 1898 had formed a joint stock company to exploit Korea and Manchuria. As historian A.J.P. Taylor described it: “Russia was an autocracy in decay; and all the advocates of moderation [such as finance minister Witte] were shouted down by a hare-brained schemer, Bezobrazov, and his circle of ‘Koreans,’ who caught the ear of the Tsar. The ‘Koreans’ admitted no limit to Russian strength. They proposed to add Korea to Russia’s sphere of influence and persuaded Nicholas II to create a bogus timber concession on the Yalu River, between Korea and Manchuria, in order to smuggle in soldiers under the guise of lumbermen.”#

That Nikolas had no respect for the moderates in his own government was demonstrated August 1903, when he moved Witte out of his post and into a figurehead position. At the same time, he created a new title—Viceroy of the Far East—and assigned it to a man named Evgenii Ivanovich Alekseev, whom Witte snippishly described as having the mindset of an “Armenian rug dealer.” As Witte fumed about the changes, top members of the Meiji government discussed the implications of this new Far East viceroy position.

Japan and Russia were already negotiating that summer. Japan’s minister in St. Petersburg had submitted six articles to his Russian counterpart, among them calling for “reciprocal recognition of Japan’s preponderating interests in Korea and Russia’s special interest in railway enterprises in Manchuria.” After dragging their feet for two months, the Russians replied with a counterproposal calling for Japan to recognize that Manchuria was “in all respects outside her sphere of interest,” as if Russia could do whatever it wanted there, while not acknowledging the special interest of Japan in Korea.

Part of the problem for Japan was Russia’s slowness in making its response. For weeks the Japanese were told that the matter was in the hands of the new Viceroy of the Far East, when they felt it was embarrassing even to deal with such a person, whose title implied that the Russians were in charge of the Far East. When the Russian counterproposal finally came, the Japanese promptly presented a new set of articles, and the Russians again dragged their feet. As negotiations failed to produce significant results, the Japanese prime minister and cabinet decided in December that if the Russians did not soon accept their basic principles, they would declare war.

It had long since occurred to the Japanese that they would be well advised to act promptly. The Trans-Siberian had still not been completed around Lake Baikal, and it would be impossible for the Russians to move their troops and equipment efficiently to the East on the single-track line and with the icebreaker ferries on Baikal.

Tsar Nikolas, on the other hand, seemed removed from the realities of war, engaging in correspondence with his cousin Kaiser Wilhelm of Germany about the “Yellow Peril” and receiving assurance from “Willy” that “Korea must be and will be Russian.” The viceroy, Alekseev, was  now appointed by Nikolas as commander in chief of the Russian armed forces. He knew “nothing about the army and little about the navy,” according to Witte, who wrote in his memoirs that Alekseev had risen in the ranks only because he’d done an influential noble a favor, taking the blame for a scandalous incident at a Marseilles brothel.

On January 13, 1904, Japan presented its final proposal, calling for Manchuria to be outside Japan’s sphere of influence and Korea outside Russia’s. When no formal reply was received, Japan severed diplomatic relations February 6. Two days later, it declared war. Before Russia even received the declaration, the Japanese Imperial Navy attacked Russian battleships at Port Arthur. Russia was about to be thoroughly humiliated.

*I owe much to Donald Keene’s book about Emperor Meiji, Emperor of Japan: Meiji and His World, 1852-1912, New York: Columbia University Press, 2002. The book contains a detailed account of the visit of Nikolas to Japan as well as events leading up to the Russo-Japanese War. 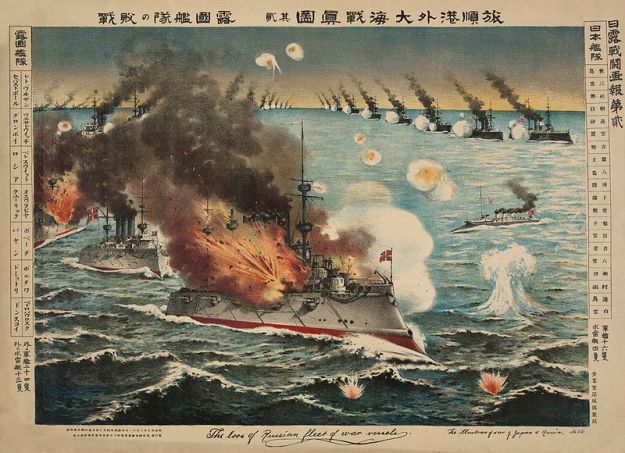 I am an off-trail hiker, a student of history, and author of "Transvaal Citizen," "Murder at the Jumpoff," and "The Twelve Streams of LeConte."
View all posts by Jenny →
This entry was posted in Japanese History, Railways, Russian History and tagged Bezobrazov Clique, Count Sergei Witte, Emperor Meiji, Evgenii Ivanovich Alekseev, Manchuria, Port Arthur, Tsar Nikolas II. Bookmark the permalink.