Shell shock at an Australian casualty station.. The man at lower left has the “thousand-yard stare.”

Justifiably or not, the First World War has a bigger reputation for the literary output of its combatants than WWII. This is not to malign any writers of the latter conflict. I have seldom read a more searing memoir of combat than With the Old Breed: At Peleliu  by Eugene Sledge. There are some great WWII poets as well. Think of Howard Nemerov’s “The War in the Air” or Randall Jarrell’s “The Death of the Ball Turret Gunner.” And Joseph Heller’s novel based on his own experience, Catch-22, is of course a classic—though I have to admit that when I re-read it this year, it seemed cartoonish to me.

When men lived week after week in squalid trenches that faced across no-man’s-land to the trenches of their enemy, their world grew not only nightmarish but downright peculiar. Nothing like it had ever been seen before, with the possible exception of the 1904 siege of Port Arthur in the Russo-Japanese War. This scene had its own unique objects and its own special vocabulary. Whizz-bangs, 5-9s, Lewis guns, Stokes mortars. Communication trenches and duckboards, firesteps, parapets, going “over the top.” Respirators. Shell shock.

Maybe it was the strangeness of this muddy, bloody moonscape that inspired so many to write.

This series will look at novels, literary memoirs, and poetry produced by actual combatants. For my first installment, I will explore The Secret Battle by A.P. Herbert, the story of a very brave man who was, paradoxically, judged to be a coward by his superiors. I have other works in mind, but I welcome suggestions—please feel free to comment. I would especially like to hear of any account about the Russian experience on the Eastern Front. I also have only one Austro-Hungarian memoir, and no Turkish one. It would be interesting, for instance, to see something from the Turkish side about Gallipoli.

So, we will spend a little time in the Great War. 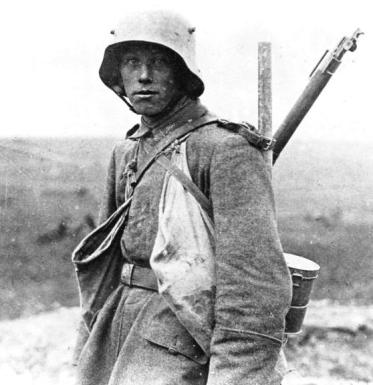 I am an off-trail hiker, a student of history, and author of "Transvaal Citizen," "Murder at the Jumpoff," and "The Twelve Streams of LeConte."
View all posts by Jenny →
This entry was posted in History, World War I and tagged combat literature, Eastern Front, war literature, Western Front. Bookmark the permalink.