Repercussions of the Rudd concession

This is the fourth installment of a series about Rhodesia.

When Lobengula first put his mark to the Rudd document, he must have felt satisfied. He’d finally solved his problem of dealing with the swarms of white petitioners who came to see him at Bulawayo. Through an intermediary, he sent off a notice to the Cape Times: all the mining rights had been disposed of, and “concession-seekers and speculators are hereby warned that their presence is obnoxious to the chief and people.”*

Under Cecil Rhodes’ instructions, Rudd’s two partners—Thompson and Maguire—stayed in Bulawayo to deal with any challenges to the concession. And indeed, trouble began within weeks. There was a man in Bulawayo named Edward Maund, agent for Lord Gifford and George Cawston, a London syndicate competing with Rhodes in seeking concessions. Maund now learned of the Rudd agreement. At first he refused to believe it, but soon he was telling the Matabele king that Rudd had hoodwinked him.

Out of their discussions grew an interesting plan. Lobengula would send two of his indunas to England, in the company of Maund, to meet with Queen Victoria herself. Two envoys were chosen, Babayane and Mshete. It remains unclear exactly what they intended to communicate to the white Queen. Was it that Lobengula denied he’d “given away his country” to Rudd? Or that he repudiated the Rudd concession entirely? Was he seeking to determine which of the white men in Bulawayo truly represented Her Majesty? We do know that Maund carried a written message to the Queen that he “signed for Lobengula,” speaking of a Portuguese claim within what Lobengula considered his territory. (Portugal already controlled  territory on the eastern border, what is now Mozambique.) The Portuguese had never been to see him, the message went, yet they “claimed the Zambezi River.” More importantly, the message said, “Neither can I understand how they dare sell my country on the Mozoe River.”

It just so happened that Maund himself  hoped to obtain a concession on the Mozoe [Mazoe] River.

In December 1888 a party set forth for England: Babayane, Mshete, Maund, and a man named Colenbrander who acted as interpreter. When they’d gotten only as far as Kimberley, they encountered a serious problem. Rhodes had learned of their mission and intended to stop them from leaving Africa. His first move was to offer financial incentives to Maund to defect from the Gifford-Cawston syndicate. When Maund refused, Rhodes angrily said he would have Hercules Robinson, the High Commissioner, stop them from boarding their steamer at Cape Town. As Robinson was in Rhodes’ pocket, soon the commissioner was cabling his superiors at the Colonial Office in London saying that Maund was a liar, Colenbrander unreliable, and Babayane and Mshete imposters—not even  real indunas. Cawston soon cabled Maund advising him not to come to England, given Robinson’s strenuous opposition. 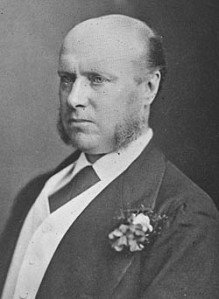 In the meantime, back in Bulawayo, Lobengula was hearing more reports that he’d “given away all his country.” A man named William Tainton came to him, an “old hand” who’d been in the region a long time and often acted as interpreter. Tainton, a concession hunter whose interests were opposed to Rudd’s, showed Lobengula a copy of a report from a Cape newspaper and translated it for him, adding a few embellishments. He told the king that the newspaper said he “had in fact sold his country, and the Grantees could if they so wished bring an armed force into the country; depose him and put another chief in his place; dig anywhere, in his kraals, gardens and towns.”**

Indeed, this was exactly what Cecil Rhodes intended—and what would actually transpire—but it was not explicitly stated in the concession document. Lobengula did not understand that the verbal assurances given to him by the missionary Helm were worthless; or that the vague phrases of the written document could be used by British colonial powers as justification for taking over his entire domain.

How interesting that the imbalance between colonials and Africans is most often described in terms of unequal weaponry—“spears versus rifles”—when it might better be described as “spoken words versus written legalese.”

The Matabele king had another announcement for the newspapers. As Tainton seemed the most sympathetic among the white residents of Bulawayo, Lobengula asked him to transcribe his words. The announcement went out: “I hear it is published in all the newspapers that I have granted a Concession of the Minerals in all my country to CHARLES DUNELL RUDD, ROCHFORD MAGUIRE, and FRANCIS ROBERT THOMPSON. As there is a great misunderstanding about this, all action in respect of said Concession is hereby suspended pending an investigation to be made by me in my country. Lobengula.”#

And so, over a period of days—for six hours one day, ten hours another—Lobengula’s indunas interrogated the whites, especially Helm and Thompson. Tainton and other white opponents of the Rudd concession argued that the document gave away rights to all minerals, lands, wood, and water; Thompson and the missionaries said the agreement only concerned mineral rights—though it did grant the concessionaires the “full power to do all things that they deem necessary to win and procure” those minerals. An African named Willliam Mzisi, familiar with the diamond mining operations at Kimberley, asked Thompson: “You say you do not want any land, how can you dig for gold without it, is it not in the land?”

Maguire, the third man of the Rudd party, was absent some of the time and not subjected to so much inquiry. But he came under suspicion as well, especially after an incident in which he cleaned his false teeth in a sacred spring of the Matabele and allowed a few drops of his eau-de-cologne to fall into it. This Oxford-trained barrister was accused of witchcraft and riding at night on the back of a hyena. 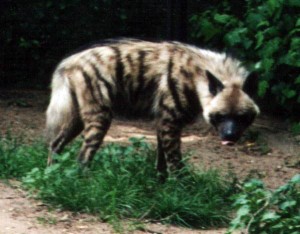 And so the investigation continued. In April 1889, Lobengula at last dictated a letter to the Queen, saying that he repudiated the Rudd concession. It would not reach London for two months.

Meanwhile, the mission of Lobengula’s envoys to visit the Queen had suddenly gotten the green light. The Colonial Secretary himself, Lord Knutsford, had suggested to Gifford and Cawston that they would have a better chance of winning a royal charter for activities in south-central Africa if they went in together with Rhodes. Both sides could see benefits: Rhodes would eliminate a competitor, while Gifford and Cawston could profit from Rhodes’ financial and political resources. The syndicate got in touch with Rhodes; he got in touch with Maund; soon discussions began about the financial details of an amalgamation. Seeing that Maund’s backers were poised to align themselves with Rhodes, Sir Hercules Robinson no longer opposed the mission to the Queen. Maund, Babayone, Mshete, and Colenbrander embarked immediately on the “Moor,” departing from Cape Town February 6, 1889. They would arrive in England early March.

I am an off-trail hiker, a student of history, and author of "Transvaal Citizen," "Murder at the Jumpoff," and "The Twelve Streams of LeConte."
View all posts by Jenny →
This entry was posted in African History, British History, History and tagged Cecil Rhodes, Edward Maund, Lobengula, Lord Knutsford, Rudd concession, Sir Hercules Robinson. Bookmark the permalink.

5 Responses to Repercussions of the Rudd concession