G.W. Williams and the horror in the Congo

George Washington Williams as pictured in his “History of the Negro Race in America.”

He was a huckster, a poseur, a man who claimed falsely to have earned the rank of colonel in the U.S. Army and to possess a doctoral degree. Careless about paying bills, he was often pursued by creditors. In the last months of his short life—he died at age 41, in 1891—he became engaged to a young English lady who didn’t realize he already had a wife and a 15-year-old son back home.

And yet George Washington Williams, an African-American, was at the same time a brave and remarkable man, the first to widely publicize the truth about the horrors of the Congo Free State, that territory privately owned by King Leopold for his personal exploitation—it would not become a colony of Belgium until 1908.

I am indebted to Adam Hochschild’s excellent book, King Leopold’s Ghost, for much of the detail here.* Hochschild describes how Williams was precocious in his deceptions, joining the Union Army in the Civil War under an assumed name and representing himself as years older than his actual age of 14. After the war, never having received proper schooling, he saw soldiering as a career, fighting to overthrow Emperor Maximilian in Mexico and then reenlisting in the U.S. Army to join its campaign against the Plains Indians, along with Civil War notables such as William Tecumseh Sherman, Phil Sheridan, and George Armstrong Custer.

But he yearned to accomplish things of a loftier nature. He entered the Newton Theological Seminary near Boston and completed its program in a year less than the standard three years. In the process, he became an articulate public speaker and writer. From that achievement he moved rapidly through a bewildering variety of professions: a minister, the founder of a national newspaper for blacks, first black member of the Ohio state legislature, author of a massive two-volume work titled History of the Negro Race in America from 1619 to 1880. Negroes as Slaves, as Soldiers, and as Citizens, together with a preliminary consideration of the Unity of the Human Family and historical Sketch of Africa and an Account of the Negro Governments of Sierra Leone and Liberia.

Whew! But the interest in Africa would eventually lead him along an important path.

Williams achieved sufficient stature in these and other pursuits, for instance advocating better recognition for black Civil War veterans, that he was received at the White House by President Chester A. Arthur. Another visitor there at the same time, Henry Shelton Sanford, was lobbying for U.S. recognition of Leopold’s Congo. Williams quickly became interested in the Congo, seeing the possibility of recruiting American blacks for work over there, a place that by rights, he thought, must be free of racial discrimination.

Ever the man of action, he lost no time in journeying to Belgium to meet with King Leopold himself. He had won a commission from a press organization for a series of articles about the emerging African state. Leopold, seeing Williams’ publicity as a public relations opportunity, told his visitor, “What I do [in the Congo] is done as a Christian duty to the poor African; and I do not wish to have one franc back of all the money I have expended.”

This was, of course, an outrageous lie. Leopold was enriching himself to a fantastic degree by enslaving countless Congolese in the work of extracting its resources, mainly ivory at this point. The rubber trade would come later.

The rubber exploitation would develop in the 1890s. Here a rubber worker is coiled up in a snake with the head of Leopold.

Williams was fooled. He returned to the U.S. and lectured to audiences about the opportunities for skilled black workers in the Congo. Soon he decided that he needed to go there himself to gather more information.

He received financial support from a U.S. railroad man, Collis P. Huntington, an investor in a proposed Congo railway. But now Leopold and his cronies tried to discourage Williams. They feared that U.S. business interests might horn in on the lucrative Congolese trade. They also worried Williams might spread the word about conditions there when he saw them. Leopold urged that he postpone the trip by at least five years, due to the “deadly character of the climate” and the “perilous” travel conditions. But Williams announced he was departing immediately on a trip that would include other parts of Africa in addition to the Congo. 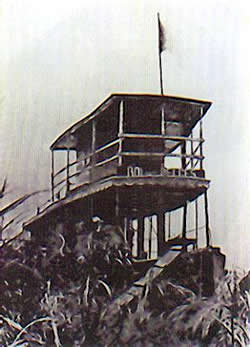 Steamboat on the Congo. This one, “Roi des Belges,” was the vessel on which Joseph Conrad traveled before writing “Heart of Darkness.”

He spent six months in Leopold’s African possession, traveling up the Congo River by steamboat in slow stages. He spoke to many people and learned the dismal truth about the place he now referred to as “the Siberia of the African continent.” When he reached Stanley Falls, overcome with disgust, he spilled the beans in a lengthy “Open Letter” to Leopold. The full text can be read here.

He had many harsh words about the explorer Henry Morton Stanley, who had acted as Leopold’s agent, traveling to remote villages and hoodwinking their leaders into signing away their lands in exchange for a bolt of cloth or a case of gin. “Henry M. Stanley’s name produces a shudder among this simple folk when mentioned; they remember his broken promises, his copious profanity, his hot temper, his heavy blows, his severe and rigorous measures, by which they were mulcted of their lands.”

Williams described the “silly and disgusting” tricks used by Stanley and his men to impress the native chiefs with the white man’s supposedly superior powers. These gimmicks included the use of concealed electric batteries to give a shock with a handshake, or the use of a magnifying glass to light a cigar with the rays of the sun.

Leopold’s government in the Congo provided no education for its citizens, no industrial improvement, no social benefits. Among Williams’ most scathing indictments:

“Your Majesty’s Government is excessively cruel to its prisoners, condemning them, for the slightest offences, to the chain gang…. Often these ox-chains eat into the necks of the prisoners and produce sores about which the flies circle, aggravating the running wound. [The prisoners] are frequently beaten with a dried piece of hippopotamus skin, called a ‘chicote’… ”

“Women are imported into your Majesty’s Government for immoral purposes. They are introduced by two methods, viz., black men are dispatched to the Portuguese coast where they engage these women as mistresses of white men, who pay to the procurer a monthly sum. The other method is by capturing native women and condemning them to seven years’ servitude for some imaginary crime… ”

“In… slave-hunting raids one village is armed by the State against the other…. The soldiers who open the combat are usually the bloodthirsty Bangalas…. There are instances in which they have brought the heads of their victims to their white officers on the expeditionary steamers, and afterwards eaten the bodies of slain children.”

Williams contracted tuberculosis during his African excursion and became very ill on his departure through Egypt. Traveling onward to England, he met the young woman who became his fiancee. She and her mother took him to Blackpool, where they hoped the sea air would cure him. But he soon died.

Thanks to widespread publication in newspapers across Europe and the U.S., the “Open Letter” created a furor. The more conservative papers in Belgium tried to refute Williams’ points, and in Belgian Parliament the prime minister spoke in the king’s defense. A 45-page rebuttal was issued by administrators of Leopold’s Congo Free State. Much of the attack on the Letter was based on attempts to defame Williams’ character, and here some of his past came back to haunt him.

Things did not get better in the Congo—with the burgeoning trade in rubber, things actually got worse. Yet others took up this unpleasant subject. Crusaders such as Edmund Morel and Roger Casement did much to keep the issue alive, and at last—after the turn of the century—the problem of the Congo could no longer be ignored. Yet, as Hochschild describes, the subject is still a sore one in Belgium, where some people, particularly descendants of colonials in the Congo, prefer to think of Leopold as a benevolent ruler. 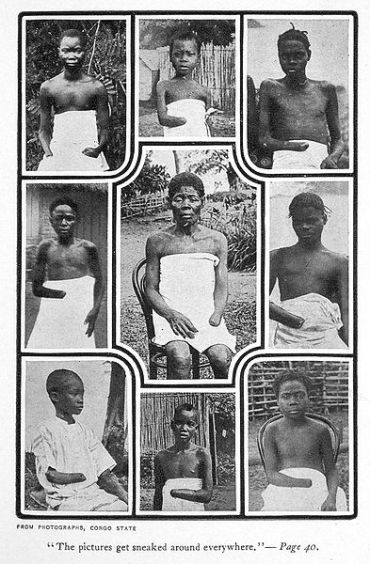 Rubber workers often had their hands cut off as punishment for insufficient production.

I am an off-trail hiker, a student of history, and author of "Transvaal Citizen," "Murder at the Jumpoff," and "The Twelve Streams of LeConte."
View all posts by Jenny →
This entry was posted in African History, History and tagged "An Open Letter to His Serene Majesty Leopold II, Adam Hochschild, Congo, George Washington Williams, King Leopold, King Leopold's Ghost. Bookmark the permalink.

6 Responses to G.W. Williams and the horror in the Congo